A.R.S. § 41-2636(A) requires that the Director of Administration appoint a committee to determine those materials and services that are provided, manufactured, produced, and offered for sale by certified nonprofit agencies for disabled individuals.

Nick is currently a Statewide Procurement Manager for the State of Arizona’s central purchasing office, and coordinates teams working on enterprise-wide needs. Nick also sits as the Chairman of the State’s Set-Aside Committee, tasked with revitalizing the body and fulfilling its statutory obligations in an equitable and ethical manner. Over the past decade, Nick has held various public procurement, local government and volunteer positions pertaining to public policy and governance. Nick received his Master of Public Administration degree from the University of Arizona Summa Cum Laude, and worked a number of years for non-profits serving young adults on the autisim spectrum.

Mark Botterbusch has been in the field of human services since age 16. He started in a domestic abuse shelter as a child advocate. Mark worked through college in a hospital inpatient psych unit, then went on to outpatient counseling and EAP evaluations at that hospital after graduation. He then moved into community based services for at risk youth in PA and oversaw multiple programs throughout Central PA. That is what brought him to AZ. He developed and opened a community based program for at risk youth with Value Options. The program was a success and Mark grew to love AZ and did not want to move back to PA. That is when he started working for his previous employer overseeing the residential living department. After 5 years he decided it was time to pursue a different avenue and applied for the position at Gompers. Mark’s basic personal drive throughout his career has been that he likes to be a voice or action for those who can’t or may not know how. He believes that this work, day in and day out is making life better for people who otherwise may not have opportunities to improve their quality of life. He has a strong belief in the dignity of risk and allowing be others to attempt things in life, whether they succeed or not, instead of telling them they simply can’t do something. Personally, Mark enjoys biking, hiking, and outdoor activities. He enjoys antiques and going to auctions. He is involved in several charity organizations that raise money for causes important to him.

Arizona Industries for the Blind

As the manager of Community and Public Relations, David Steinmetz uses his enthusiasm and education to direct AIB’s Community and Public Relations efforts supporting local and national program issues. David also directs several internal programs including AIB’s Quality Work Environment initiative. Diagnosed with RP, a blinding retinal disease, at the age of 19, David has an enthusiastic dedication for assuring that Arizona Industries for the Blind (AIB) is a model of business excellence that continues to create employment opportunities for people who are blind. Mr. Steinmetz graduated from Arizona State University in with a Bachelor’s degree in Business Management and Economics.  Additionally Steinmetz has continued his education by graduating from the Business Management Training (BMT) program provided by Darden Graduate School of Business, University of Virginia.  In 2008, David was the national recipient of the National Industries for the Blind Milton J. Samuelson Career Achievement award. This prestigious award recognized Mr. Steinmetz for his career achievements and community service work.

Armando H. Bernasconi was born and raised in the town of Guadalupe, Arizona. He and his wife Melissa co-founded the nonprofit organization Quality Connections in 1999, with the mission of helping people with disabilities become independent, productive members of our community by providing employment opportunities, job training, and practical life learning programs.  Armando has served as Quality Connections’ CEO since 2013. Armando also serves on the Executive Committee of the Arizona Association of Providers for People with Disabilities (AAPPD), the Department of Economic Security Credentialing Committee, and the State of Arizona Set-Aside Committee.

Chris Gustafson is the Budget and Procurement manager with the Arizona State Retirement System. Prior to this, he was as the Joint Legislative Budget Committee for three years where he focused budget and policy issues related to human services, pensions and juvenile justice issues. He holds a Bachelor's degree from Arizona State University and a Master's in Public Policy from the John F. Kennedy School of Government at Harvard University.

I started with the state part-time in May of 1991 at the State Procurement Office. I was hired on full time in June of 1992. I then worked at DES Procurement for 3 years, then ADOT Procurement for 1 year, then I went to Department of Education Procurement for 6 and half years, I then returned to ADOT in 2004 at the Right of Way Contracts Group and then to ADOT Procurement Group in 2006. I have been a Procurement Manager since then and have a team of 6 staff members. Our team handles Information Technology, Facilities Maintenance and Professional Services for the agency.

Mike joins ACI with over 25 years of successful sales leadership in a variety of industries. He has served as a dynamic team leader at many levels, maximizing team successes and individual talents through consistent training and personal involvement in the sales process. Mike has led robust sales teams for industry leaders such as Toshiba, SimplexGrinnell and United Rentals. He manages the Production Sales and Customer Service teams. 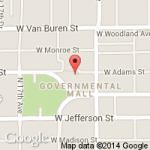